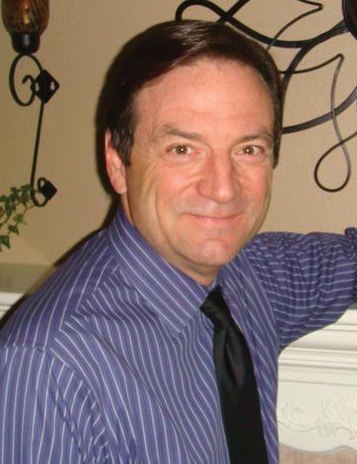 George Parker has worked for Dilbeck Real Estate for 17 years, and has guided the Santa Clarita team into success as a branch manager since 2007. George grew up watching his parents build their own business, a small print shop, and would eventually keep their legacy alive after his father passed away. After a technological shift in the printing industry, he decided he needed a career change. He always had an interest in real estate and after passing his license exam, interviewed with all of the local brokerages. George chose to join Dilbeck Real Estate after discovering their core values really aligned with his own. He searched all over Southern California for a safe neighborhood with a good school district to raise his children. While taking a trip to Castaic Lake with friends, George saw signs for new condos for sale in Stevenson Ranch. They decided to make the Santa Clarita Valley their home. George and his family enjoy the outdoor activities including the parks, paseos, and canyons. He has been married for 28 years and has two daughters. George and his wife Sue enjoy traveling to Hawaii, where they got married, and touring the country to eventually visit every major league ball park.

A: Depends on what I’m in the mood for, I think our favorite is sushi so it would be Mr. Sushi, a small local place. There have been a lot of sushi places we have gone to over the years, and some of them have changed ownership and become not so great. Some of them closed down and new ones open up, some of them get really expensive, but Mr. Sushi seemed to be the best of both worlds for us, really good stuff we just really like it. If I’m going for pizza, it’s the local Chi-Chi’s pizza, for example when my girls come to town, especially Samantha, my youngest, there’s no doubt that one of those nights she’s in town, we’re going to Chi-Chi’s pizza because that’s where we have always gone as a family and she loves it. If I’m going for hamburgers or something like that, The Habit is where we go. Fancier, we’re probably going to Salt Creek Grill in the mall, but we don’t do that too often.

A: Mugshot, it’s the new one out in Canyon Country. I don’t drink a lot of coffee. I could go to Starbucks right across the street everyday but when we’re in a new city I don’t go to Starbucks, I try to find the local coffee shop. When we were in Seattle, pretty much the home of Starbucks and a million coffee shops, just walking through the neighborhoods we’d find coffee shops and it was awesome. Mugshot is a little bit like that. It’s not obviously a Starbucks but it’s a small place and if I was just going to go for something a little bit different, it would probably be Mugshot.

A: I think my favorite spot right now in Santa Clarita is Towsley Canyon. My wife and I, Saturday or Sunday morning, or both, we get up early and we hit the trail and we walk it and talk about life and our kids. It’s a time for me to be able to get away and just relax.

A: One of the things my wife really likes to do is antiquing. And I don’t love it that’s for sure, but recently she’s decided that she wants to collect old Pyrex. So for me what’s really cool is to go into a different thrift shop, whether we drive into Pasadena, or we drive to Encino, Sherman Oaks, Simi Valley, Westlake Village, Calabasas, finding just small thrift shops and going in and walking through…what’s really cool about it is I know I’m on the hunt for something. Being born in 1960 and the things that I grew up with, you got to buy things and you go ‘OMG I had that when I was a kid’ that’s where it’s kind of cool. I think if we’re just hanging out and want to go do something, we’re going thrift shopping.

A: My bike-riding. Once again being an agent and being a manager, my phone rings a lot. When I’m on my bike I can’t talk on my phone. So the agents know, for example, if they’re calling me on Saturday morning, they’re not going to get me because I’m riding somewhere. I ride anywhere from 20 miles to 100 miles so I could be gone anywhere from an hour to six hours. I like riding my bike, I like playing golf, I don’t play golf nearly as much as I used to, but yeah those are the things that I’d like to do.

A:  We try to go to Hawaii, once every three years. It’s all about the hiking and finding the waterfall where nobody else is…going to the top and jumping in, just finding those things that are tucked back in somewhere.

A: I volunteer for the Santa Clarita Valley Food Pantry, this office and myself we collect a lot of food for the food pantry, they do a lot of good work. Their theme is no child should go to bed hungry, so we do raise a lot there. I have been a member of the board of directors for the food pantry in the past. They’ve asked me to be on the board of directors again, the reason that I left that was I was just too busy here and I didn’t feel like I could give them as much time and effort as they needed. My schedule should lighten up hopefully in February/March so I probably will go back to the board of directors there. Also I know some agents in my office and myself, have donated to the Domestic Violence Center of Santa Clarita. When we were in another building we used to let this organization come and train their personnel, which has some meaning to me and some meaning to some of my agents in my office. They do really good work.

A: I’m just going to have to go back to Towsley. We have three dogs, so we go to the dog parks, let them run around…we’re crazy dog people I guess.

A: We travel to Santa Monica to a local community theater, the Morgan-Wixson Theater, and we have good community theater out here, it just seems to be a slight step up…a little tiny hole-in-the-wall place. We usually go to Santa Monica have dinner somewhere, you can buy tickets anywhere from $10 all the way down to zero dollars. On a Saturday afternoon, Sue pulls up Morgan-Wixson, they have seats available and if you want a ticket they don’t cost anything so that’s what we do.

A: Unfortunately, when I got into real estate it was all about the work. So I worked a lot during the time they were growing up, so we didn’t have as many adventures as I would have liked…that I would love to go on now. We traveled to San Francisco, where my daughter Christina really fell in love with San Francisco, and Santa Barbara and local things, but not as much as I would have liked.

A: I’m not a shopper, I’m a buyer. I don’t have a favorite store to go shopping to…what store could I spend a lot of time in? It would be a sporting goods store. Everything there is cool to me.

A: I think like all neighborhoods, there are certain parts of Santa Clarita that go all out and totally decorate to the nines, attract visitors from all over, and there’s a long line to drive through it and things like that. I guess when it comes to our house we always have a real tree; the tradition is that I put the lights on, the girls decorate it. Little silly traditions like when they were little I would always put cookies out for Santa, and milk, and then in the morning there would miraculously just be crumbs left, and no milk. And the funny thing is I do that every year, even this year. The girls were there, I put the cookies out and when they got up the cookies were gone and they’re like, 'oh dad'…but you know what, I’m sure when they have kids they’ll remember these traditions.

A: Pasadena city hall, because as a manager, I go to meetings at least every other week and I make sure no matter which way I go to Pasadena, I drive by that building just because it looks so cool.

A: I truly believe it’s the best of both worlds, close to the things that Sue and I really love. Yet we are far enough removed from it that we don’t have to deal with the traffic and the increased crime and things like that. To be honest with you, it’s much more affordable than many of the other areas. Housing prices are lower, the houses are bigger. The affordability was important to us, especially when we were first married and having kids and buying our first place. My parents were far from wealthy, we lived in one bedroom apartments where sometimes I would sleep on the couch or I’d sleep in the bedroom and my parents would sleep on the couch, so to be able to afford to purchase anything we felt was really an accomplishment at that time. I love to work in this area. I love working for Dilbeck Real Estate, we are totally aligned with our core values and the way I see the world and the way I think Mark sees the world so I think those things go hand-in-hand. It’s a perfect blend for me with Dilbeck’s core values and who I am as a person. For me it was never about how much money I could make, it was about how many people I could help. I wanted to make sure and it still is my business philosophy that I work with a select number of people at any given time. There are agents that have 10, 15, 20 listings at a time in our Valley; I never wanted to be that agent. I was working with 2 or 3 a month, really taking care of them and not passing them off to assistants, making sure everything got done well and made a good living in doing that. 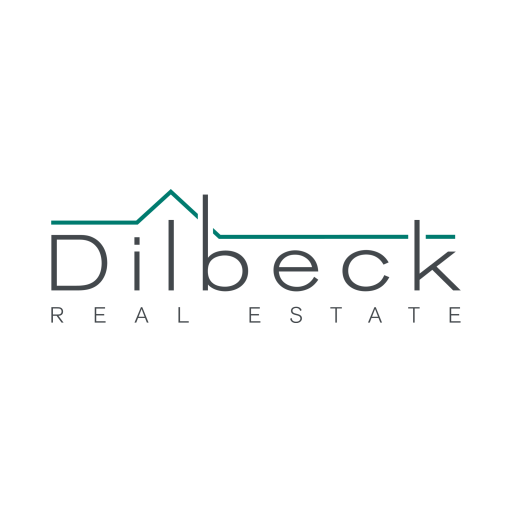 Dilbeck Real Estate Awards Over $10,000 in Cash Prizes to the Winners of the Dilbeck Hustlemania Contest

DILBECK REAL ESTATE AWARDS OVER $10,000 IN CASH PRIZES TO THE WINNERS OF THE DILBECK HUSTLEMANIA CONTEST And Hosts the Fuel Your Hustle in Real Estate Virtual EventOn March 29, Dilbeck Real Estate